Moonshot is excited to introduce you to a revolutionary green energy pioneer: Synhelion SA. The company is already supported by a long list of investors and partners, including Lufthansa and ETH Zurich. Now it is also a part of Moonshot portfolio.

Synhelion SA is a Swiss-based energy startup on a mission to revolutionize fossil fuel production with a net-zero carbon footprint. For the time being, the company is aiming to supply the global aviation industry with a synthetic fuel made from sunshine, water, and carbon dioxide. This alternative fuel is also compatible with any other combustion engine, including those in cars, trucks, and ships. 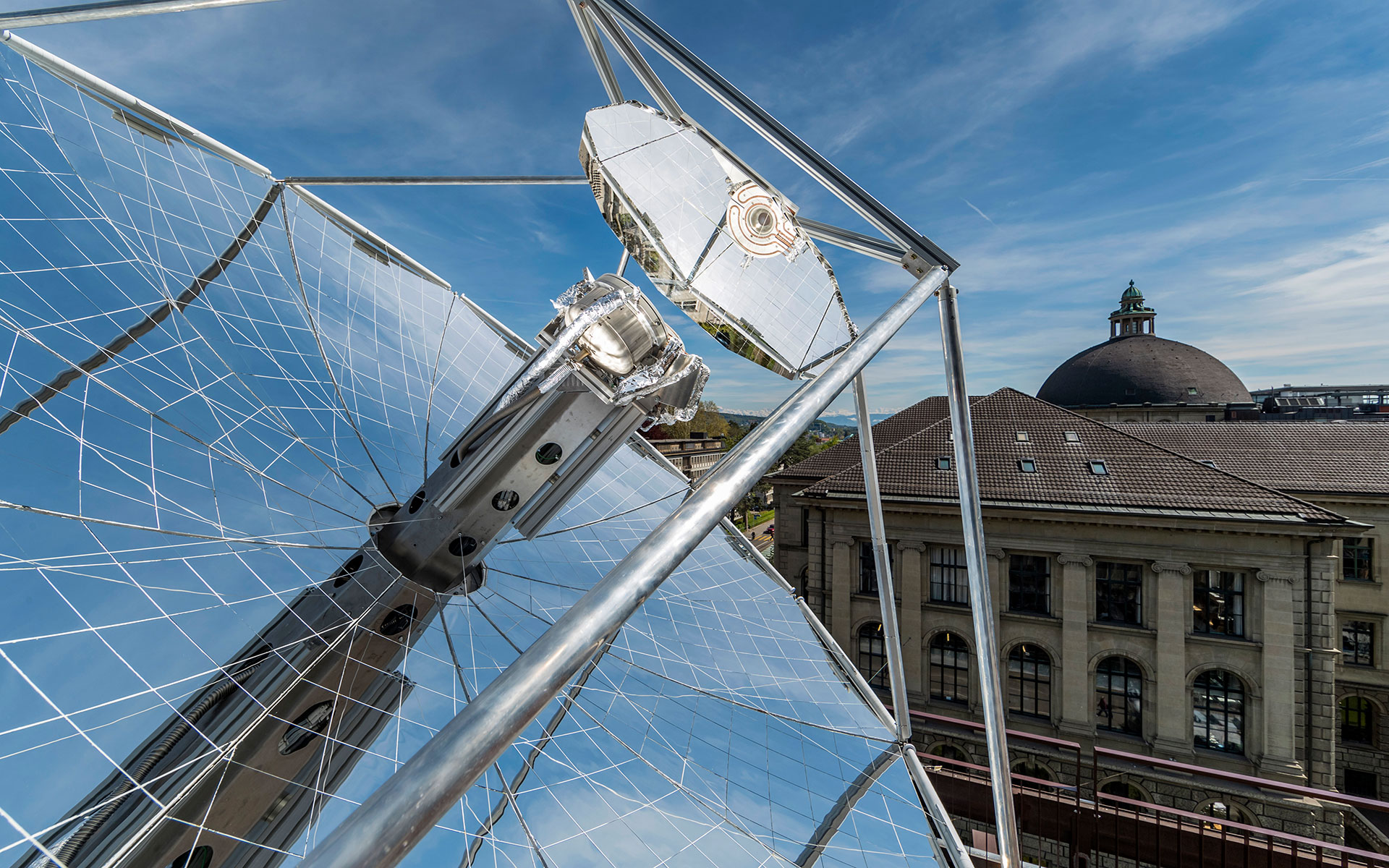 The synthetic fuel is fully compatible with the existing transport infrastructure, has a net-zero carbon footprint, and its costs will eventually be competitive with those of fossil fuel. Market entry is slated for 2023.

The company has already attracted a strong community of high-profile investors and partners who believe in its potential. This includes the German Federal Ministry for Economic Affairs and Energy, Zurich Airport, Lufthansa, ETH Zurich, CEMEX Ventures, AMAG, and Moonshot.

Likewise, we would like to invite you to join our in-person and online presentations about Synhelion SA starting from the 23rd of February 2022. Please select your preferred date via the following links:

Synhelion SA is a green energy company founded in 2016. Its competitive advantage lies in its proprietary ability to create sustainable synthetic fuels such as synthetic kerosene from CO₂, H₂O, and solar energy.

From the moment its founders Dr. Gianluca Ambrosetti and Dr. Philipp Furler made their breakthrough at the ETH Zurich labs back in 2014, the commercial potential was obvious. Despite the fact that it was only founded in 2016, it already has sales contracts with Zurich Airport and a letter of intent with Lufthansa. The market entry for Synhelion’s alternative fuel is projected for 2023.

Unlike lithium batteries, which required over 40 years of development, this is a technology that will have an immediate impact.

The key to this world-changing breakthrough are three proprietary innovations:

1. Solar receivers that generate solar process heat at temperatures up to over 1550°C, which drives the production of synthetic fuels.
2. Thermal energy storage, which enables 24/7 operation and high annual utilization of the fuel production plant.
3. A thermochemical reactor that creates synthetic fuel from CO₂ and H₂O.

Using this technology, synthetic aviation fuel can be produced with up to 100 percent less CO₂ emissions than conventional fuels. If CO₂ from the ambient is used, then it is a true net-zero carbon fuel. The environmental and market impact of this is enormous and will only grow larger as governments around the globe seek to reduce GHG emissions from fossil fuels through taxes and mandates.

On top of this, Synhelion's synthetic fuel is already cheaper than current Jet A-1 fuels in Europe (EUR 1.12) with a long-term production price of less than EUR 1.0 per liter. Why would airlines not switch to Synhelion?

Sustainable fuels are expected to cover one-third of the global fuel market by 2040, with Synhelion's share estimated at 10 percent, or 1 million barrels per day. 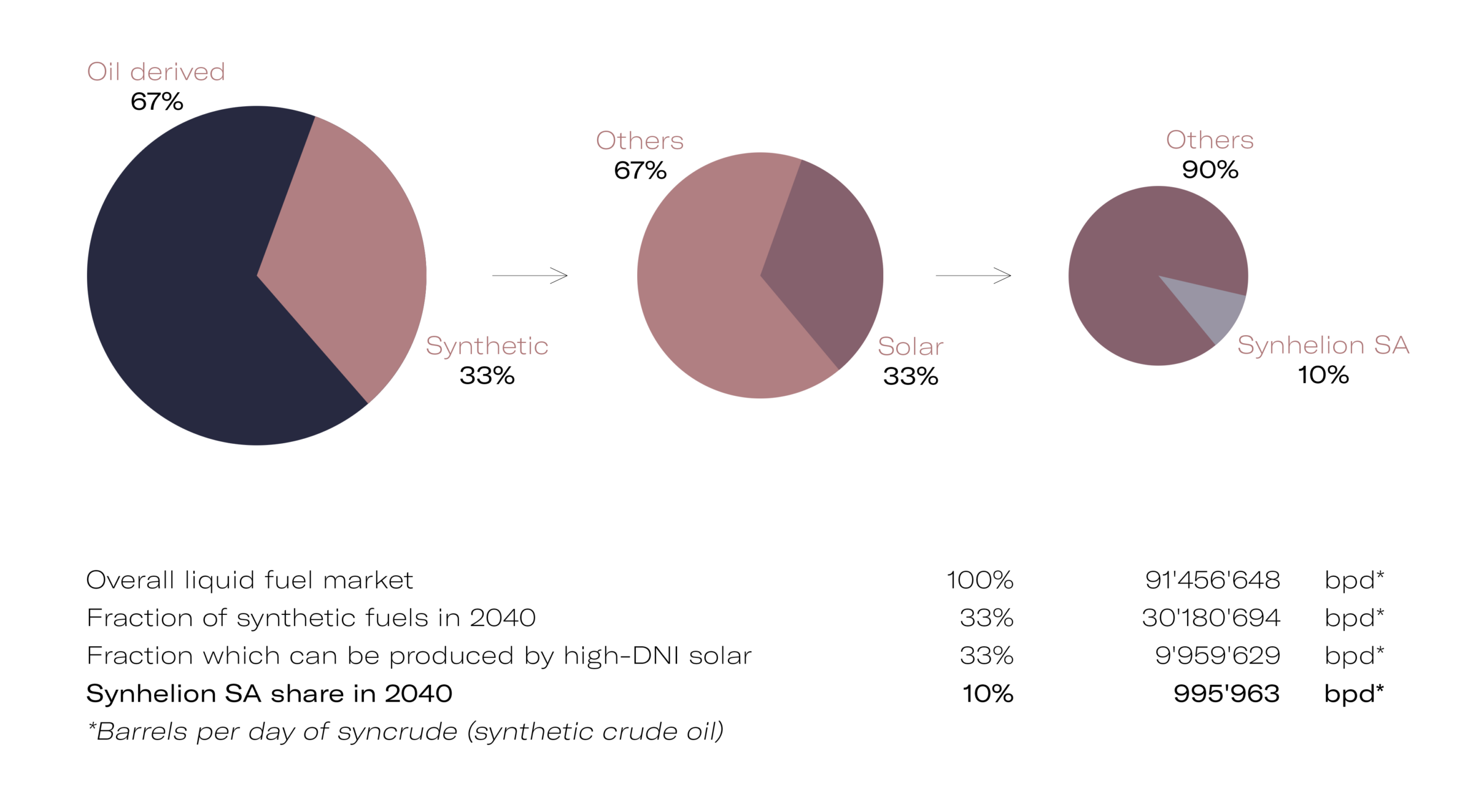 The right technology at the right time

After COP26 in Glasgow, many countries are looking to phase out fossil fuels.

With 3.16 kg emitted CO₂ for every kg of jet fuel, global aviation is a top ten CO₂ emitter globally and is responsible for 2.5 percent of global CO₂ emissions. Aviation’s share of emissions is only expected to increase as demand for air travel increases through the middle of this century. In fact, air travel kilometers per passenger are expected to triple by 2070.

Green hydrogen is one potential savior for the transport industry, but it requires a whole new supply and refueling infrastructure. Here enters Synhelion’s synthetic fuel. It is produced via solar energy, and unlike green hydrogen, it can be transported and used just like regular fuel.

“I believe those that produce the least emissions in autos will also be those who have the greatest success worldwide.” - Angela Merkel 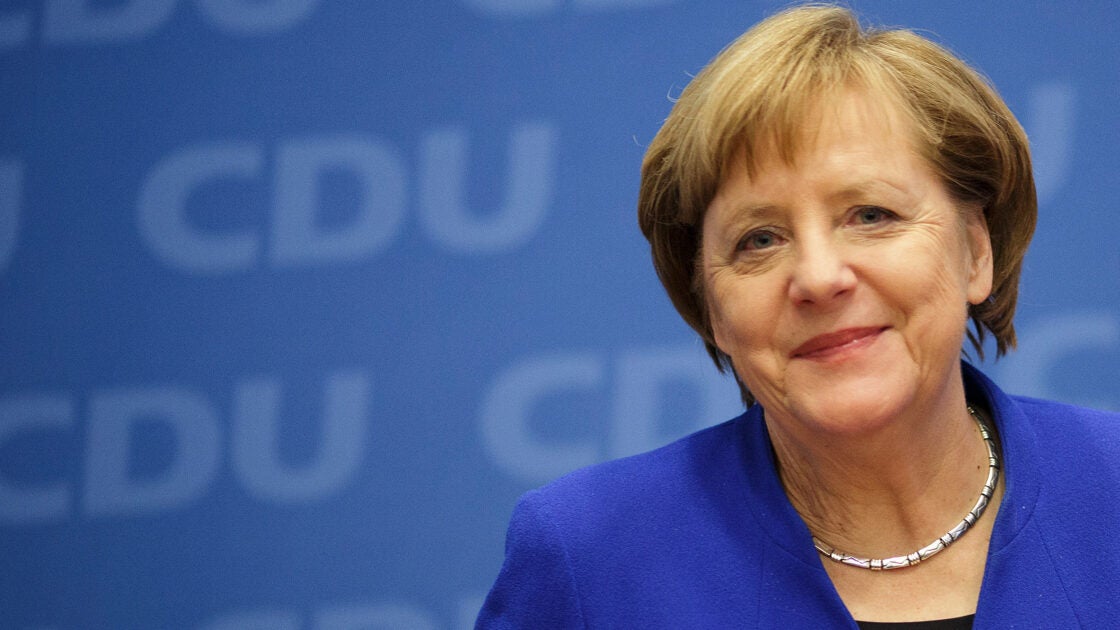 Given the reality of climate change today, renewable energy must be our future. Synhelion SA provides the perfect renewable energy solution for the aviation industry: synthetic fuel produced from sunshine, water, and carbon dioxide with net-zero carbon emissions and a long-term per liter cost cheaper than jet fuel. Compared to green hydrogen, it also has the advantage that it can use the existing supply and refueling infrastructure. Further, it has none of the potential supply-side constraints of sustainable aviation fuels made from vegetable oil or feedstock. It is a dream that takes off for the green-conscious investor.

To learn more about Synhelion SA, please register for the presentations via the following links:

Book Demo
Meet us in Zurich!

Join one of our presentations or follow our lunch invitation with spectacular back-drop in the heart of Zurich, Switzerland.